Ram cichlids habitats vary a lot due to their extended distribution. In some flooded area habitats they can be seen migrating by the millions.

After During many years of investigating and exploring continental bodies of freshwater in Venezuela, I have run across a large number of cichlids; some being very rare in the aquarium hobby such as the Laetacara fulvipinnis and some that are very common as the Heros severus and the Mikrogeophagus ramirezi commonly called the Ram cichlids in the aquarium hobby.

Ram cichlids habitats vary a lot due to their extended distribution. In some flooded area habitats they can be seen migrating by the millions. In this article I will write about one very special spot in a morichal habitat river which I have explored repeatedly year after year. What makes this spot so special is that it houses a group of six to ten large Rams in one specific 50 square foot area. This doesn’t mean that there are no rams a mile up or down the river, but I have never seen a large ram 200 yards upstream or downstream form that spot. It is amazing to go there once or twice a year, in the rainy and dry season for many years and still find that group of individuals in the same spot. Rams probably don’t live more than a year or so, so this must be a special permanent spot for adult rams.

I will start my story on the last two days of a 17 day expedition throughout the Venezuelan territory. 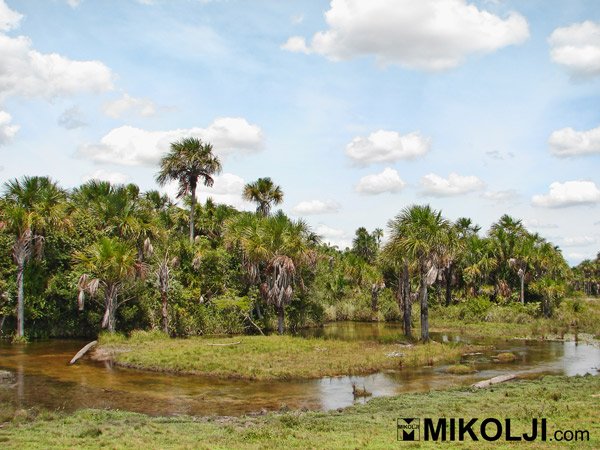