I am so lucky to live in a country which is plagued with piranhas. You can say it is Piranha Land. In Venezuela, piranhas are found in five of our seven freshwater basins.
Prof. Antonio Machado-Allison, a world leading piranha expert, once told me, “Piranha is an indigenous name applied to some sort of fish that have the capacity or capability to eat meat.” So, before we get immersed into the piranha world, you have to keep in mind that the word “piranha” is not a scientific term. It is a common name whose terminology gets personalized by cultural influences. 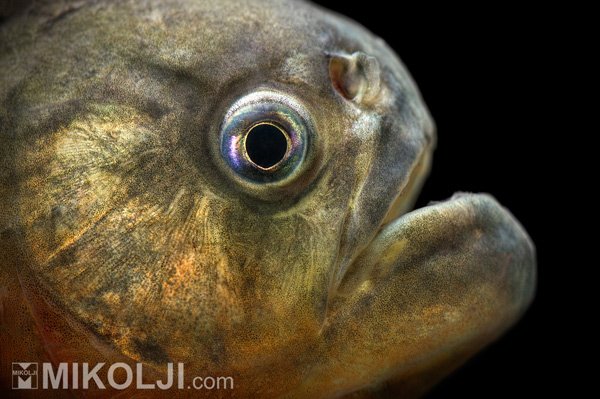 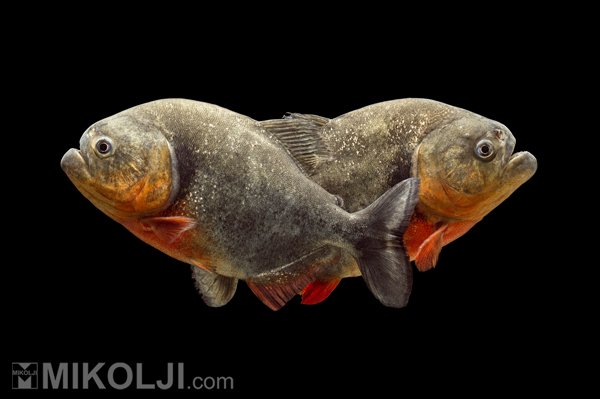 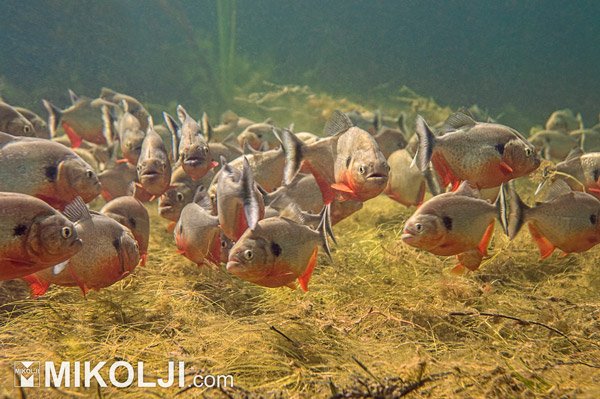 The first time I bought a piranha I was about 8 years old. I was at a pet shop and one of their aquariums had a sticker on the front glass which read “DANGER HANDS OFF, Donkey Castrator Piranha.” My eyes opened wide and in milliseconds, I knew I had to have it! The salesman placed triple bags, one inside of another, just in case it bit through the first bag. I was amazed: none of my guppies, mollies, or any other fish I had bought before had ever needed that! He also used a plastic kitchen strainer to catch it because he said it would eat the mesh off a regular aquarium net. I was so excited! I was buying a MONSTER!

Once at home I released him from the bag with extreme care. I truly thought it was going to jump out of the aquarium and bite me. It was a small juvenile Pygocentrus cariba (Black Spot Piranha), and after days of it hidden, frightened behind aquatic plants, and not tearing apart the raw chicken leg or half pound beef steak I threw in the aquarium, I made up my mind that they had sold me a defective fish. I wound up going back to the pet store, begged them to take back the defective fish and exchange it for Cardinal Tetras.