There are 13 species of piranhas described for Venezuela. They all belong taxonomically to the Serrasalminae subfamily. The 13aa species are categorized into four Genera which are Pygopristis, Pristobrycon, Pygocentrus, and Serrasalmus. The first two genera include piranhas whose diets alternate protein and fruits. The last two are the most carnivorous, only including fruits in their diets in extreme cases of lack of prey. The protein piranhas find in the rivers consist of scales of fish, fins of fish, fish as a whole and in special cases the carcass of any animal, mostly aquatic that has died or is too sick or old to escape the river before they can be bitten by a piranha.

As I could not identify most of the piranhas that I saw or caught I decided to ask Frank Magallanes of OPEFE, who was the “Piranha” person I knew at the moment. After a couple of pictures went back and forth by email, he told me to ask Antonio Machado – Allison for more information, for he was the biologist which had described and worked with many of the South American piranhas. Machado is one of the world experts in piranhas. So off I went to the Central University of Venezuela to meet Machado.

Once I got to know Machado, he was surprised to see how many pictures of different piranha species I had taken and asked me to look for more “rare” species. One of them was the Pristobrycon careospinus.

The Pristobrycon careospinus is a piranha that Machado had described with William Fink in 1992. The scientific work used to describe the species reads; “Live Coloration pattern: There is no information about the live coloration of this species. The only sample of this fish available was captured some time ago and no description of the pattern exists.” But the work did have the preserved coloration pattern “Alcohol Coloration pattern: The body is covered by irregularly placed oval spots having few below the lateral line.  It also says; “Discussion: This species has been described based on only one sample from the Atabapo River in the Amazon State in Venezuela. The sample is, apparently, a preadult. The species shares with other members of this genera (P. striolatus and P. maculipinnis) the primitive condition of lacking a preanal spine, but, it differs from them in the oval spots coloration pattern. 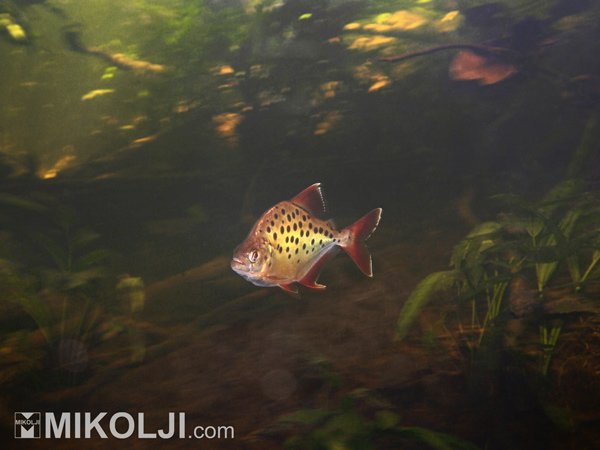 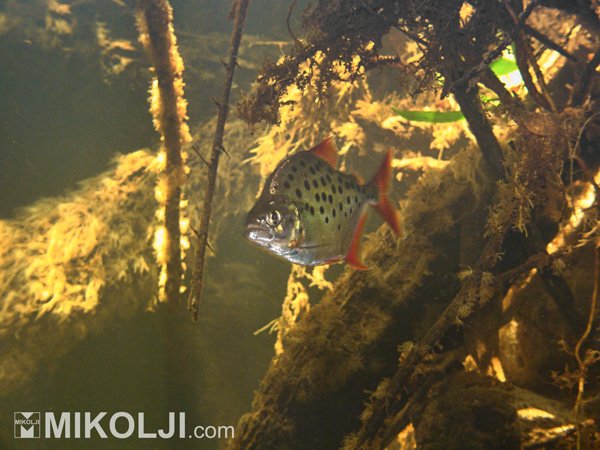 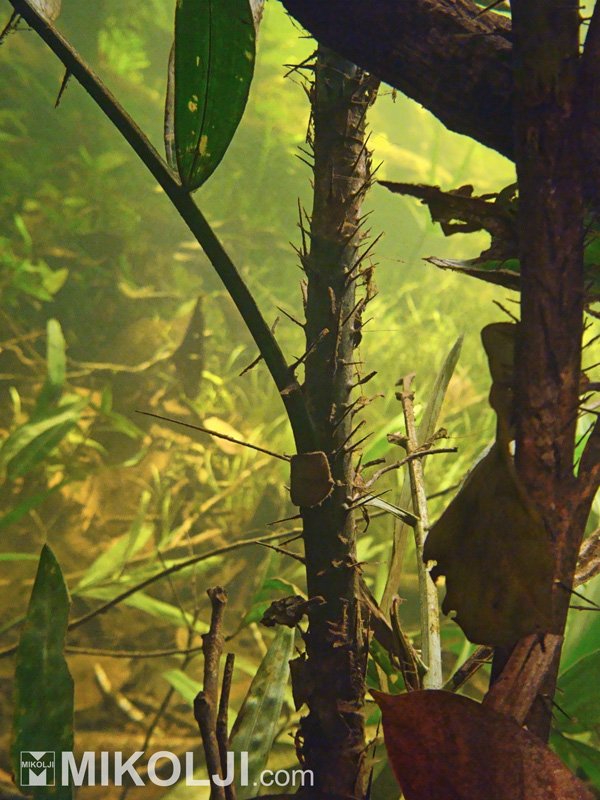