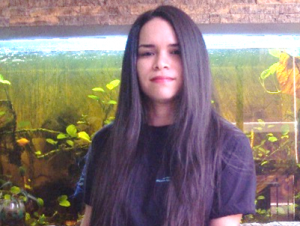 Based on a taxonomic, morphological, biogeographic and ecological approach, she has research experience in the areas of biodiversity, taxonomy, biology and ecology applied to the study of bone and cartilaginous fishes, both from native species of freshwater, as well as from estuaries and marine ecosystems of Venezuela and adjacent areas, as introduced species (exotic and transferred) of these groups.

In addition, she has experience in Oceanography, with emphasis in Chemical Oceanography, acting mainly on the determination of contamination levels in coastal marine sediments.

Since 2014 she has been an Associated Researcher with the Ichthyology Section of the Collection of Fishes of the Natural History Museum La Salle (MHNLS), Fundación La Salle de Ciencias Naturales (FLASA), Caracas, Venezuela.

Since 2020 she has been a student at the Masters level in Postgraduate Studies in Biodiversity and Conservation at the Universidad Federal de Maranhão, São Luis, Maranhão Brazil.

She is currently part of the group of bone fishes and freshwater rays from South America, for the Freshwater Biodiversity Unit (FBU) and the Species Survival Commission (SSC) Shark Specialist Group (SSG) of the International Union for Conservation of Nature (IUCN). From this last group of work, she is a representative of Venezuela.