The man behind the camera

Ivan Mikolji calls himself a river explorer. Those who have benefited from his decades of passionate, groundbreaking work call him much more: author, photographer, videographer, conservationist, artist, lecturer. These are not casual titles. To put the impact and scale of Mikolji’s work into perspective:

For the past couple decades, audiences—from scientists to conservationists to hobbyists—have found his work valuable and remained loyally submerged in the content he has produced.

Preferably called and familiarly known simply as Mikolji, he was born in 1972 in Caracas, Venezuela to a chemical engineer and an English translator. Early on Mikolji remembers looking beyond what he saw in aquariums like his father’s, wondering about the fish’s original habitat and how it had lived in the wild. At age 14 his sister gave him a camera and he used it to capture this budding interest in science and natural environments.

Naturally a restless teenager, he occupied his mind by spending his days on the banks of riverways and tagging along with employees of his family’s business when they went on trips to the Venezuelan plains. He soon began experimenting with keeping and breeding piranhas, electric eels, and more. When he was exposed to the work of British naturalist Sir David Attenborough, he found further inspiration for combining environmental science with his enjoyment of photography.

But before Mikolji’s skills and interests merged into its current complimentary and multidimensional form, he was active in various aspects of the aquatic field. His interest in breeding fish led him to open a live tropical fish exporting company, selling the fish he bred and collected in the Venezuelan rivers. He began filming his fish collection trips and producing videos documenting the efforts.  This work caught the eye of scientists who were amazed that Mikolji’s was able to digitally capture species in forms unaltered by laboratory processes. Subsequently, Mikolji got calls from aquarists to join their expeditions through the Venezuelan Amazon to execute his skilled underwater work on their behalf. Mikolji found himself discovering new species and providing samples for numerous environmental scientists.

Mikolji outlets for sharing this growing reservoir of knowledge and experience has kept pace with his exploratory skill and reputation. He documented, educated, and promoted environmental causes through his 2008 Fish From Venezuela Foundation. Home aquarium enthusiasts became a majority of the 16 million plus views on YouTube following his The Fish Guy videos with George Fear and other documentaries and vlogs. And, profiting from yet another of his sister’s abandoned endeavors, he scooped up her painting tools and found himself quite adept at illustrating on canvas what he had seen underwater. In 2015 a well-received series of his canvas paintings and drawings were the first of his work successfully exhibited in galleries and cultural spaces throughout the Americas.

All the while, Mikolji has never lost sight of his primary passion and mission: he created the Wild Aquariums Movement in 2013 which allows him to meet the interests of aquarium enthusiasts, help them learn about biotopes, and most importantly, still contribute to fighting against the extinction of fauna and flora in the freshwaters of our planet. Wild Aquariums involve visiting an aquatic habitat such as a lake, river, or stream and setting up a temporary aquarium with the aim of mimicking the environment. Only materials and animals collected from the specific habitat are used and are then returned to their original setting once examination and documentation is complete. Wild Aquariums are equivalent to the sustainable concept of “catch and release” in fishing. Documentaries of some of his Wild Aquariums have proven Mikolji’s ability to engage with amateur and professional alike, contributing some five million plus views of his social media total.

Mikolji reverently continues his combination of science and art. Through his explorations, he realized that of the more than1,180 species of freshwater fish in Venezuela, some could disappear before being scientifically described. That notion gave birth to his philosophy of action which he summarizes in the quote, “you cannot preserve something that you don’t know exists.” The river explorer remains committed to making sure it all does exist. The entity he has created in his name, Mikolji Corp, is fully engaged in various aspects of the mission to document the fauna and flora of our ecosystem in their biomes. He continues to create an indelible mark on aquatic studies, art, and conservationism with his groundbreaking and inspiring work. 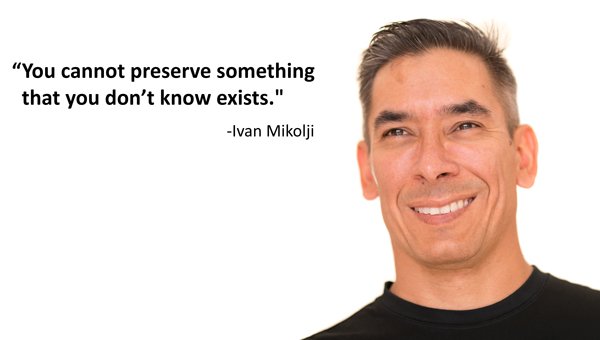 “If you are an admirer of the aquatic habitats of South America, you certainly know Ivan Mikolji! He’s a world-renowned explorer, researcher, audio/visual artist, and author who tirelessly documents the magnificent diversity and wonder of this beautiful region of the world.  His dramatic underwater videos are seen around the world, and his photographs have graced articles in numerous publications.

Ivan Mikolji is also an extremely accomplished artist, whose beautiful interpretations of the aquatic life of Venezuela and South America are sought after by collectors worldwide.” 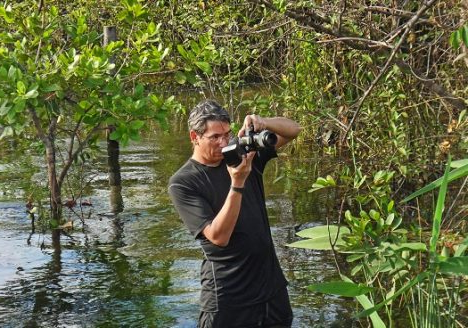 Interested in having Mikolji teach a course or demonstration? Want to curate his next exhibit? 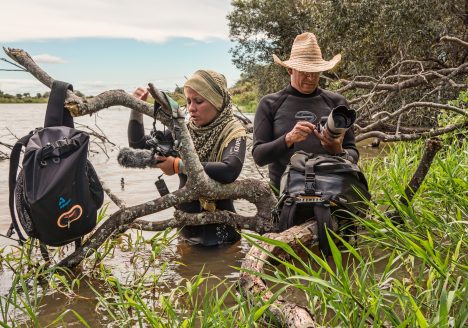 Mikolji has his favorite tools that help him capture his groundbreaking images. You can use them too. 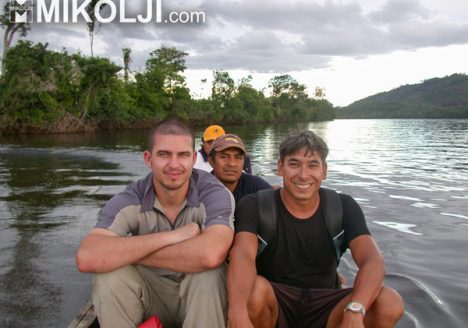 This is not a solo mission! Support the Mikolji team’s efforts to spread awareness about our world’s ecosystem!